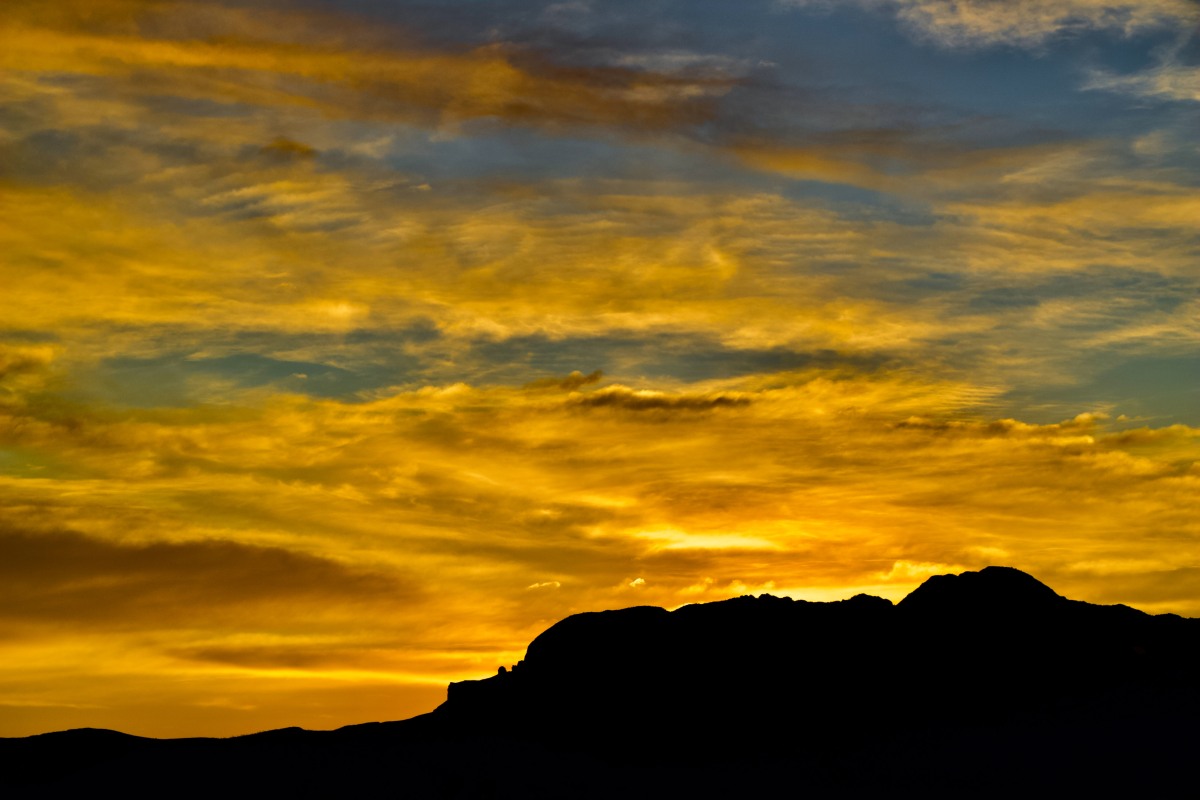 Since we are returning residents to the state of Texas, we planned to go to Big Bend National Park over my Spring Break. With some reports of the Covid-19 contagion coming in, we decided to pack our own food for the trip and to camp, so as to be able to isolate ourselves as much as possible. We left the Austin area and drove across the beautiful central hill country, where the sides of the highways and byways are carpeted with bluebonnets during the month of March.

Before entering Big Bend, we took a spin around the town of Marfa, a place I had heard of (due to the mysterious “Marfa lights” and also from their reputation as a Bohemian artists’ colony). I wish we could have stayed in town and eaten there, but we were already heeding warnings to not bring any outside germs into small rural communities so we just did a pass through.

We spent the first day at Big Bend driving the scenic Maxwell Drive, which is essentially the west half of the park. We headed all the way to the Mexican border, where we hiked into the Santa Elena Canyon, fording an off-shoot of the Rio Grande River. The area was busy with hikers and kayakers, but people were staying a fair distance apart. The amazing effects of the eroding power of water were on full display in the canyon, with 1500 foot towering cliffs on either side of us.

Later, we drove the Chisos Basin drive. It was approaching sunset and there were some beautiful views. On the way out of that area, we spotted a coyote and were able to snap a pic. We also spotted some golden eagles flying around and Chris got a nice shot of those.

We camped near the ghost town of Terlingua. There are a number of cabin rentals, small hotels, bars, and restaurants there. Of course, they are most famous for their annual chili cook off in November. We had our own dinner to cook at our campsite so we just took a drive through town to see the dusty sights.

The next day we explored the eastern half of Big Bend. We made up a breakfast at the picnic tables at Dugout Wells. There we encountered a woman waiting for a scheduled ranger talk, but soon found out that the visitor’s center had been closed and all ranger talks and guided walks were canceled for the time being (campgrounds still open for the week). We continued our drive all the way to the eastern end of the park, to the Rio Grande Village, and hiked a bit into the Boquillas Canyon. Along the way, we saw small homemade souvenir “caches” of trinkets made by residents of the village of Boquilla, Mexico (you can leave the money in a jar and they come collect it later). We were serenaded across the border river by a man with a wonderful singing voice, his song echoing across the canyon. In normal operating times, if you bring your passport (kids just need a birth certificate or proof of citizenship) you can cross the river at Boquillas Crossing ($5 rowboat round trip) and have lunch and explore the small Mexican village. However, the crossing was closed this week.

Along the southeastern edge of the park, we were able to hike to and enjoy a hot springs. Many years ago there were actually cotton plantations in this area, with dozens of workers and a somewhat-thriving industry. In fact, in the 1860s they even imported 30 camels and their handlers from North Africa to use to explore and patrol the area!

With more and more dire news coming in every time we stopped to check messages, we decided to cut our trip short and head home. We made one final stop on our way out of the park at the Fossil Discovery Exhibit (built in 2017), where some of the largest fossil finds in the US have occurred. Over 1200 fossils spanning 130 million years of geohistory have been found there. You can see a replica of some of the largest dinosaurs that ever existed, such as the Tyrannosaurus Rex, the Deinosuchus (an alligatoroid bigger than a school bus!), and the Quetzalcoatlus northropi (the largest flying creature). Fossil finds from all three giants have been found in the park’s perimeter.

We exited the park via the Persimmon Gap entrance, and spent one more night in the area, and drove home the next day. The bluebonnets, Indian paintbrushes, and other wildflowers were a welcome sight to us as we headed home to make a decision about Chris’s Pacific Crest Trail hike plans.