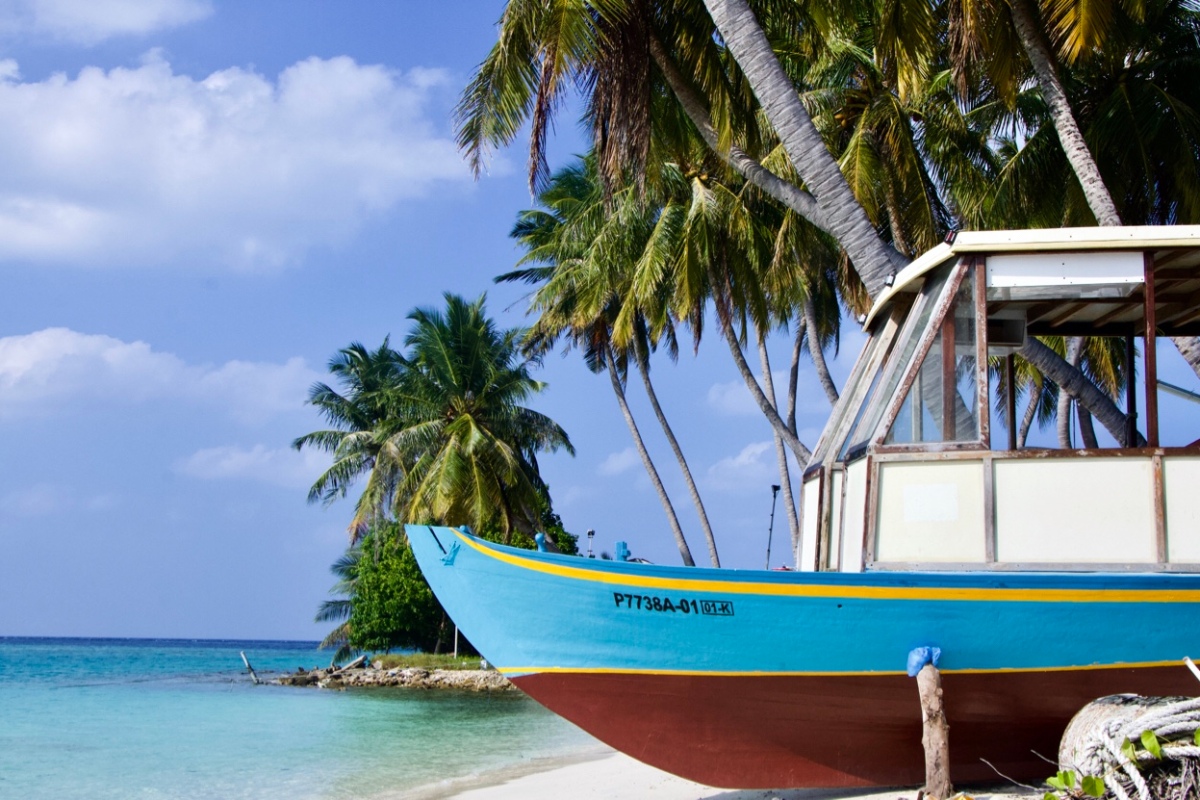 If the sea level continues to rise at the current rate, the Maldives will be the first country to cease to exist due to climate change. At 2.4 meters, it has the lowest high point in the world. Made up of over 1200 islands grouped over 26 atolls, it is the smallest country in Asia by both population and landmass. It is the first country in the world to aim to be carbon neutral by 2020, and tourism and “green taxes” provide a large source of income for the islands, which have seen tourism numbers double over the past ten years. Even with the threat of rising sea levels, there is still quite a lot of economic a activity going on here, such as skyscrapers being built, artificial islands being created, and metals being mined.

END_OF_DOCUMENT_TOKEN_TO_BE_REPLACED

Chris and I spent the week before Christmas on the island of Sao Tome. We had a wonderful vacation- it was so great to get out of Angola! During our week on the island, Chris got his diving certification at Club Maxel Dive Center, we stayed at some really nice hotels, and we also stayed in a little hut down on the beach. Very secluded and very hidden! I’m not telling the name here because I want it to stay hidden!

We rented a car and drove all over the island, which is pretty small, and enjoyed several meals and drinks at MJ’s, a little expat hang out in the downtown. We also toured a chocolate “factory”, which was really just a tiny house but totally yum. We stayed the last 3 days at a nice hotel right on the beach, and while we were there we met some really nice people- one of them invited us to his house one night for an awesome South African braii (barbecue). We ate at a fabulous old plantation house (Roca Săo Joăo dos Angolares) that is now owned by a Portuguese chef and had the best meal… ever.  I think Chris’s favorite part of the trip was when we rented a small boat from some Sao Tomeans and boated over to the small island “Illheu das Rolas” that has the equator running through it. We beached the boat and climbed up a hill to the point where the “actual” imaginary line runs through the island. We got to snap some fabulous photos there.

Sao Tome is a really, really beautiful place. Like Angola, they were originally a Portuguese colony, so a lot of people there speak Portuguese, but also a kind of English creole. Dotted throughout the island are tons of old Portuguese plantation houses that have been abandoned since the Portuguese left in 1975. Some people are starting to reclaim those houses and are turning them into eco-lodges, hotels, and restaurants. I think Sao Tome is a place that would be really cool to visit again in ten years. I had a great time and it was a wonderful way to spend Christmas.