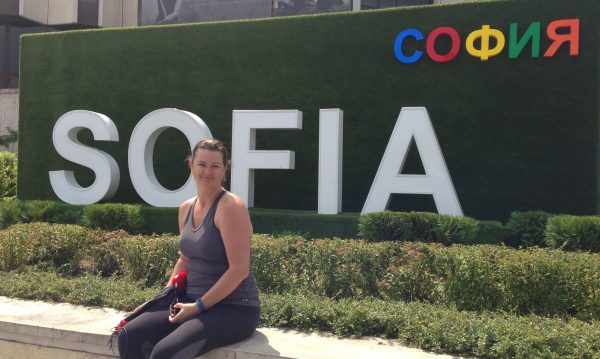 Our last country for this summer’s trip was Bulgaria. We spent a couple of days in Sofia first, doing the Sofia walking tour and trying out some Bulgarian delicacies such as horsemeat, tarator soup (a taziki-style cold cucumber dish), stuffed eggplants and stuffed peppers. Sofia is an old city, and actually claims to be the oldest continually inhabited city in Europe, with populations living there for more than 6,000 years. The Romans called the city Serdica, and Emperor Constantine was born very close to it. After the Romans, the Slavs came, and then the Byzantine Empire, later the Ottoman Empire, a brief Russian period, and then a Communist Republic- all with brief periods of an official Bulgarian state in between. They joined NATO in 2004. 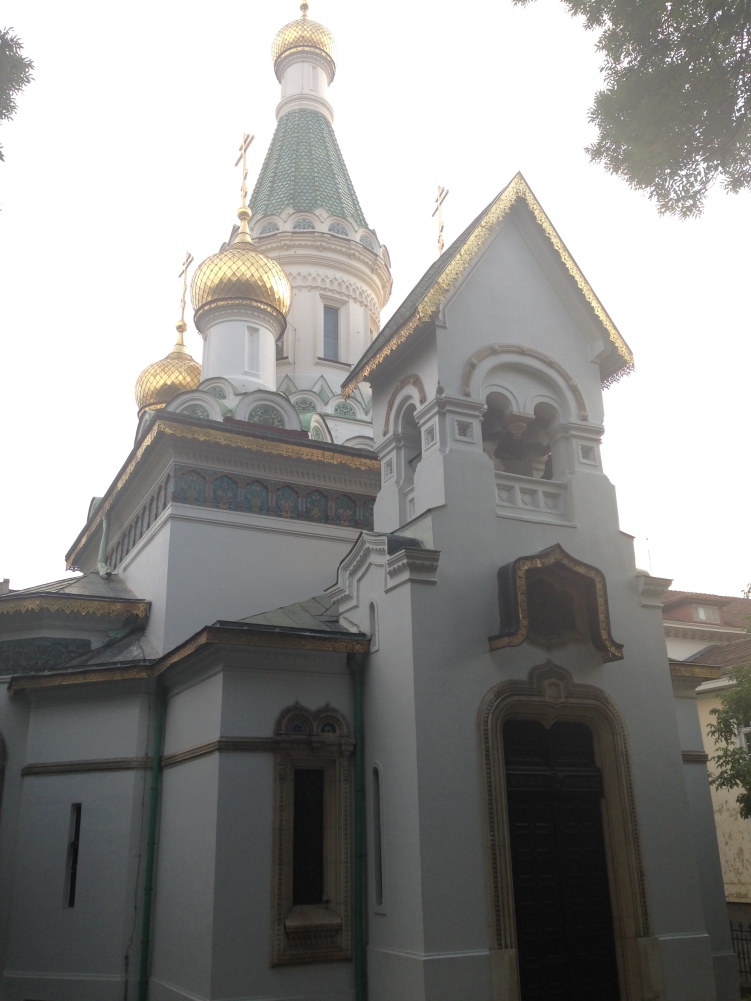 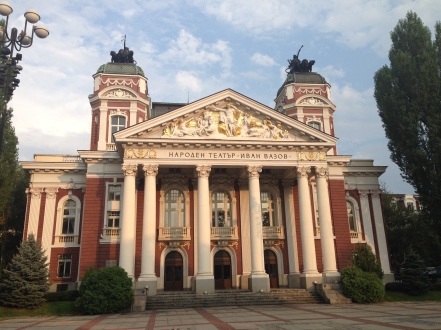 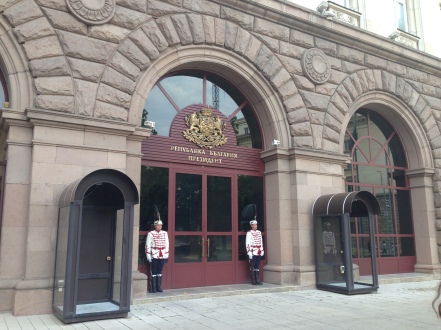 One of our main goals for this trip had been to make it to the Black Sea, so from Sofia we took a bus to Borgas, the gateway to the Black Sea resorts. We wound up staying halfway between Nesebar, a UNESCO historic site old-town, and Sunny Beach, a 5 km long strip of beach, beach resorts, discos, and cafes. We walked into Nesebar once but other than that we just stayed at our beach apartment and enjoyed the pool and the sea, which was warm and pretty awesome. 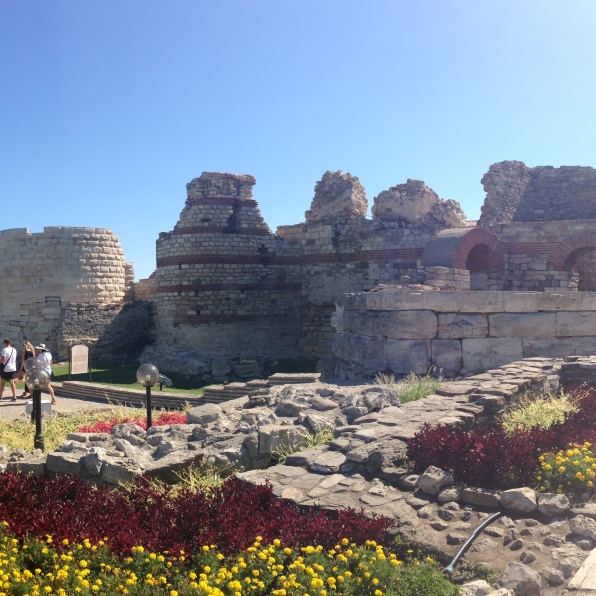 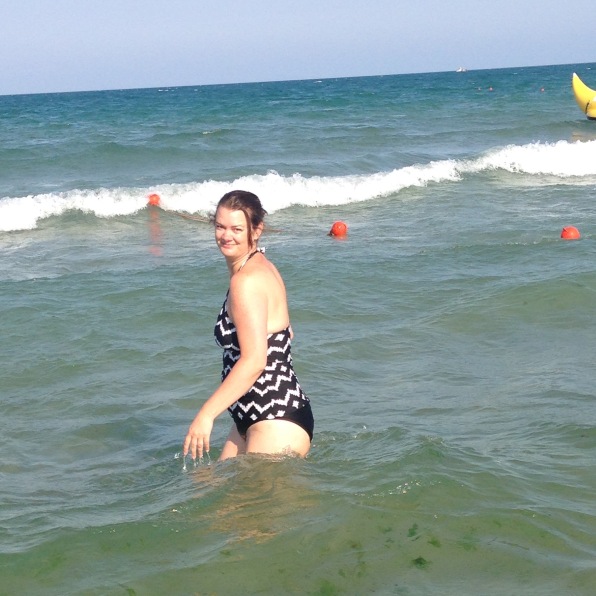 Deah at Black Sea
In between the Black Sea and Sofia, on our way back for our final flight out, we stopped in Plovdiv. This city will be Europe’s Culture Capital in 2019, so they have made some great renovations around the place and are busy getting their transportation hubs up and ready for the crowds that will come. Plovdiv, besides being a university city, is full of Greek and Roman remnants, including a stadium that Emperor Hadrian had built, which residents discovered mid-20th century but was not fully excavated until the 1980s. It seated 30,000 people and is 250 meters long, and 50 meters wide. They could have chariot races, gladiator games, and even naval battles in it. Also in Plovdiv is an old Roman theater built in the Greek style, which sat 12,000, and is still used for operas, chamber music concerts, and other events. The Djumaia Mosque, built in 1634, still stands in Plovdiv as well, and has a delicious sweets shop tucked into one corner, where we had Turkish tea and coffee, with baklava. 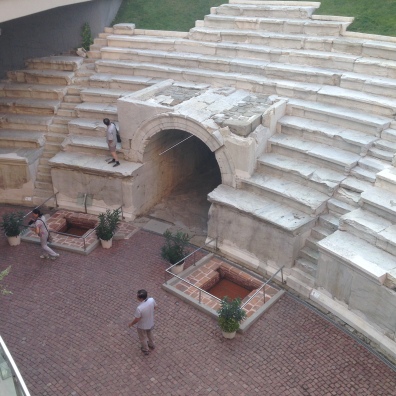 Replica of the Full Stadium

Turkish sweets
And with that, it was time to return to Sofia for a last couple of days to relax and prepare for our flights home. We stayed in a hotel in Central Sofia, up on the 8th floor, and had a beautiful sunset over the city to watch. Very relaxing. Then Chris returned home, and one day later I returned home, after a stopover in London to see my old friend from Haiti, Lisa. And now it’s time to get ready to go back to work! 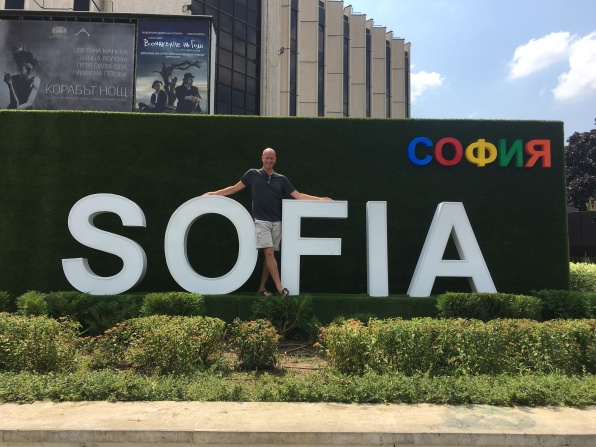 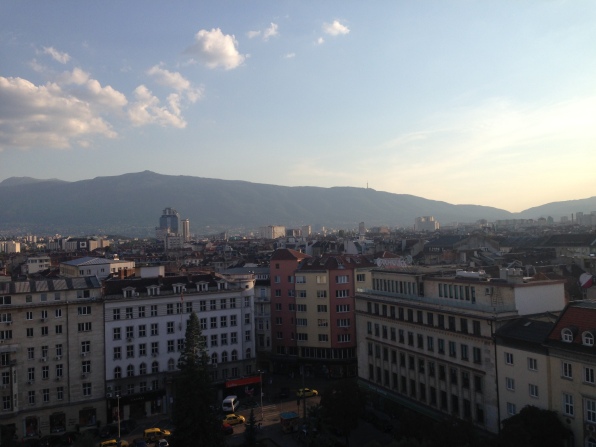