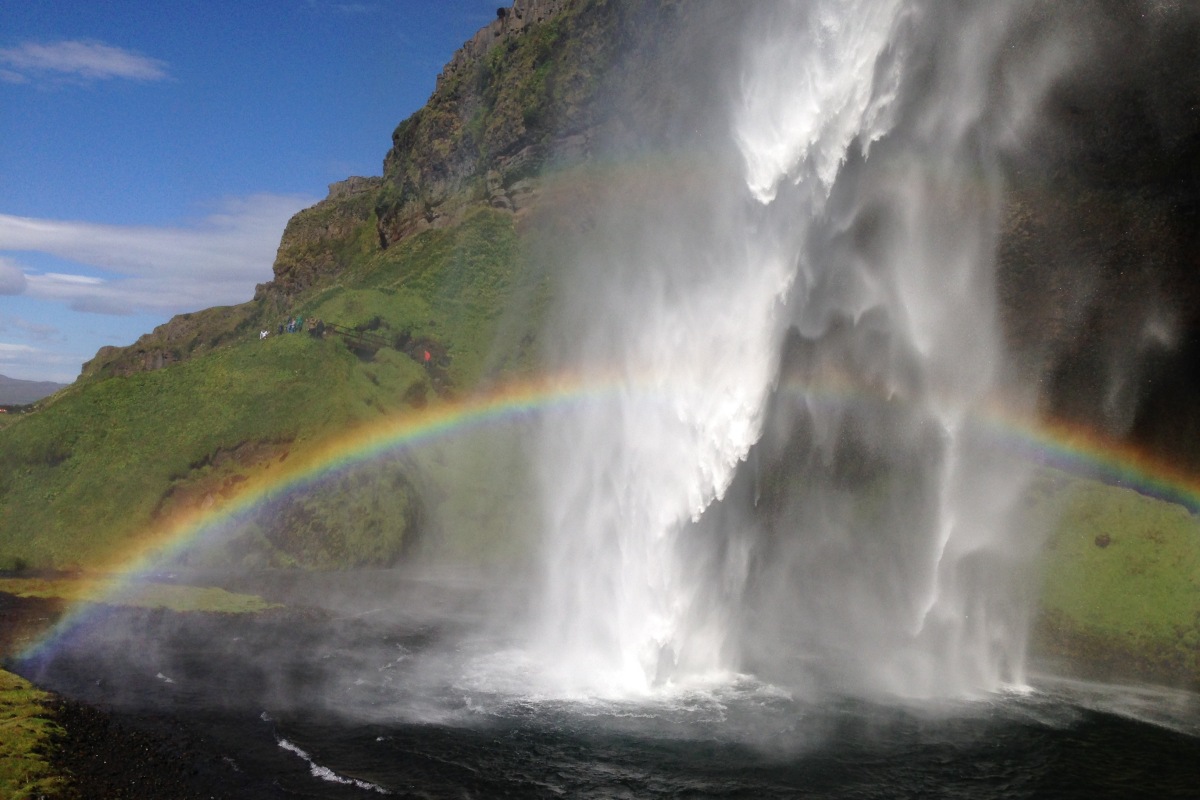 Iceland. Is. Amazing.  You should go.  If you are  flying to Europe, consider IcelandAir, and you’ll get a free stopover on your way to your destination.  Or, consider WowAir for a mid-week 3 day break: they have $189 fares to Iceland and back if you can travel at odd times.

We had two stopovers in Iceland: one on our way to Norway in early June, and one on our way home in August.  The first stopover, for just two days/three nights, we stayed in Reykjavik at the Salvation Army guesthouse.  We wandered around “downtown”and visited the harbor area.  Sights to see:

In the summer, Reykjavik is warm in the sun but cold in the shade or in the wind.  Bring a coat.  If you’re going up any elevation or out on the water, bring a hat, scarf, and gloves.  I can’t even imagine what it’s like during the rest of the year.  Also, bring an eye mask for sleeping. When we were there, just a week after midsummer solstice, the sun set at midnight and rose at 3 am.

On our second stopover, we were able to go on two tours that we had booked during our first stopover. If you go during the summer months, you will want to book tours ahead of time.  They are very busy in the summer.  For an island of only 330,000 people, they get 12 tourists per Icelander per year.  They are well geared for tourism, but still.  Hotels and tours fill up. Instead of a hotel on this stopover, we stayed at a small AirBnB by the university.  And things are expensive in Iceland!  Start saving your pennies now if you plan to visit.

Our first tour was of the Golden Circle, which is very popular.  It’s a series of sights that are about two hours outside of town, and can be visited in a half day.  You’ll visit the stunning Gulfoss waterfall, a geyser park, and Thingvillier National Park, where two tectonic plates meet up (North American and European).  Here you can see the rift between the two plates, and you can dive or snorkel the Silfra fissure.

Our second day’s tour was the Southern Iceland tour, where we  drove along the south beach of Iceland and visited two other waterfalls, the village of Vik for lunch, a black beach, and the Solheimajokull glacier, which you can walk right up to (you can go on a glacier hike if you wish as well).

At the end of the day, we ate at Apotek, a downtown restaurant that featured an Icelandic delicacies tasting menu, including whale, puffin, trout, plaice, perch, lamb, and a delicious skyr dessert.  And a shot of “brennivin”, a 38% schnapps that is also known as “Black Death”. Delicious.

All the sights were stunning, and Iceland as a whole is just beautiful- the kind of sweeping beauty that is hard to capture in a picture.  You just have to see it for yourself.  I’d love to see it in the wintertime, with all the snow (although there was some snow now, in August), and to see the Northern Lights.  We’ll have to start saving now for a return trip.