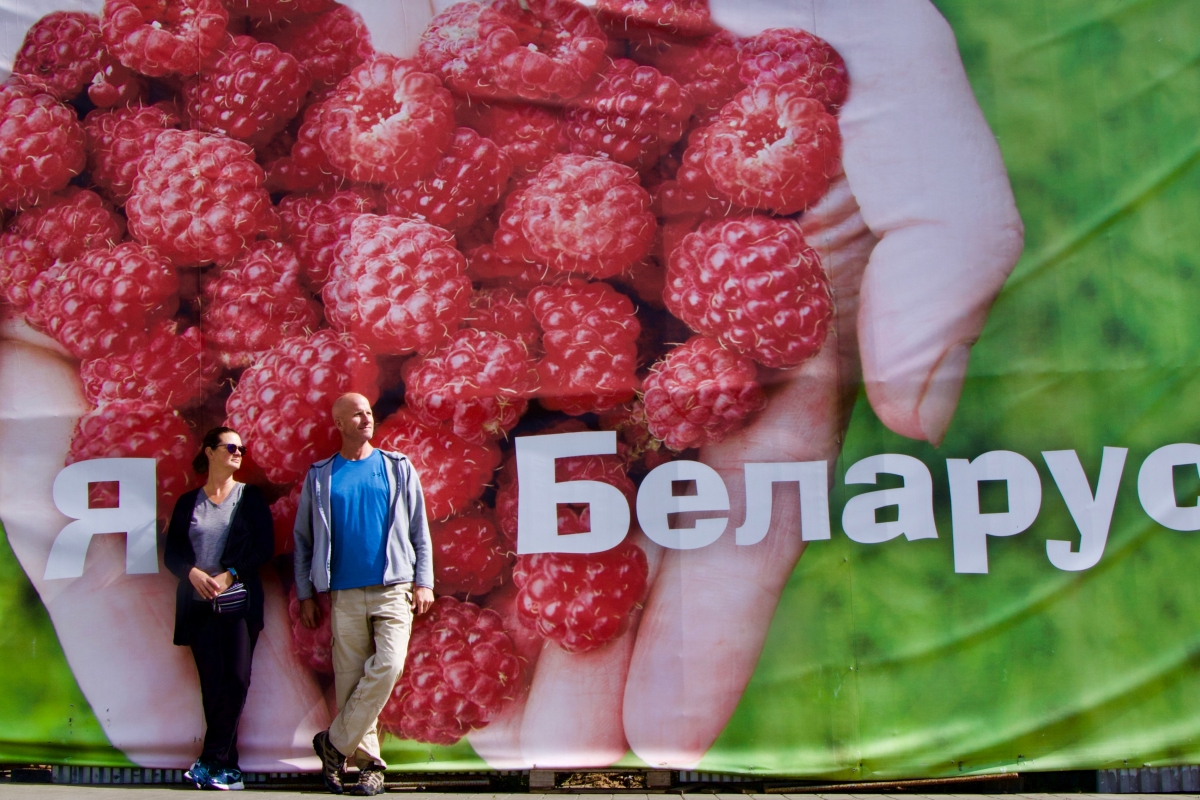 I have to admit, we arrived in Minsk a little travel fatigued. It was our 26th country on this trip, and we’ve been traveling for over a year. But as Chris and I spent more time in Minsk, the city really began to grow on us and we kept discovering more fun areas to explore. Since hosting the 2019 European Games, the country has rushed to modernize, including a free visa for most nationalities (if you arrive by air to Minsk). If you take your time and get to know it, Belarus might surprise you. 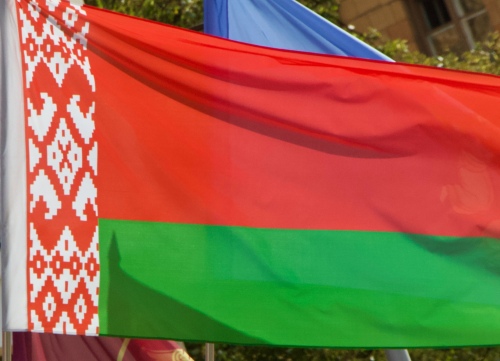 We spent nine days in Minsk, which is a huge sprawling city. Nearly everything in Minsk was built after World War II, as it was almost completely destroyed. In fact, some stories even suggest that Stalin purposefully allowed Minsk’s destruction, in order to re-build it as a huge “premium Soviet city” on the road to Moscow. In any event, for fans of Stalin Empire architecture, this city is a gold mine.

We took the free walking tour, which met at City Hall, and explored the area of town that includes Gorky Park and the National Ballet And Opera Theater (in fact, the building was meant to be the base for the largest Lenin statue in the world).

On another day, we explored the Kastrychnitskaya Street area, near the train station. The area used to be industrial factories, but now pubs, cafes, food trucks, art spaces, and huge murals are transforming this block into a creative space. The week we were visiting coincided with a 2 week initiative of Brazilian artists visiting to create several new murals. Plus lots of delicious food stops along the way!

For just .65 Belorussian Rubles (30 US cents), you can hop on any of the stylish metro stops and travel across the city. We took a metro from Lenin Station (huge hammer and sickle of course) up to the National Library. It’s a huge, modern glass building housing ten million items, and for just $2 you can take an elevator up to the 23rd observation platform for a view of the whole city.

Probably the most interesting part of Minsk is Independence Avenue, also called Prospect Niezalieznasci. 15 kilometers long, eight lanes, and flanked on both sides by giant Soviet brutalist buildings, it’s supposedly the longest such street in the world. I’m not sure about that, but I can say that walking along the various full block-long buildings such as the Central Post Office, the GUM department store, the old KGB building, the State Circus, and the History Museum can really make a citizen feel small (which was exactly the intent of Stalinist architecture). Small cogs in a huge state wheel.

We took a train to visit Vitebsk, a city in northeastern Belarus, close to the Russian border. We spent three days there and…. well, we had a hard time filling those three days with things to see. We visited the Marc Chagall Museum (he lived most of his life there), and we had Mexican food. Twice. Lots of churches. We found a Soviet-style canteen (what we’d call a cafeteria), which had delicious draniki (potato pancakes served with sour cream or sometimes mushroom sauce). We took some naps.

From Mir, we headed back to Minsk. Our “must-see” list complete, we spent the last couple of days just roaming around, gazing up at immense buildings and admiring the ornate interiors, while peeking behind and between buildings to find interesting paintings, mosaics, and statues.

Use my Google map to find just a few of the fun things to see around Minsk.