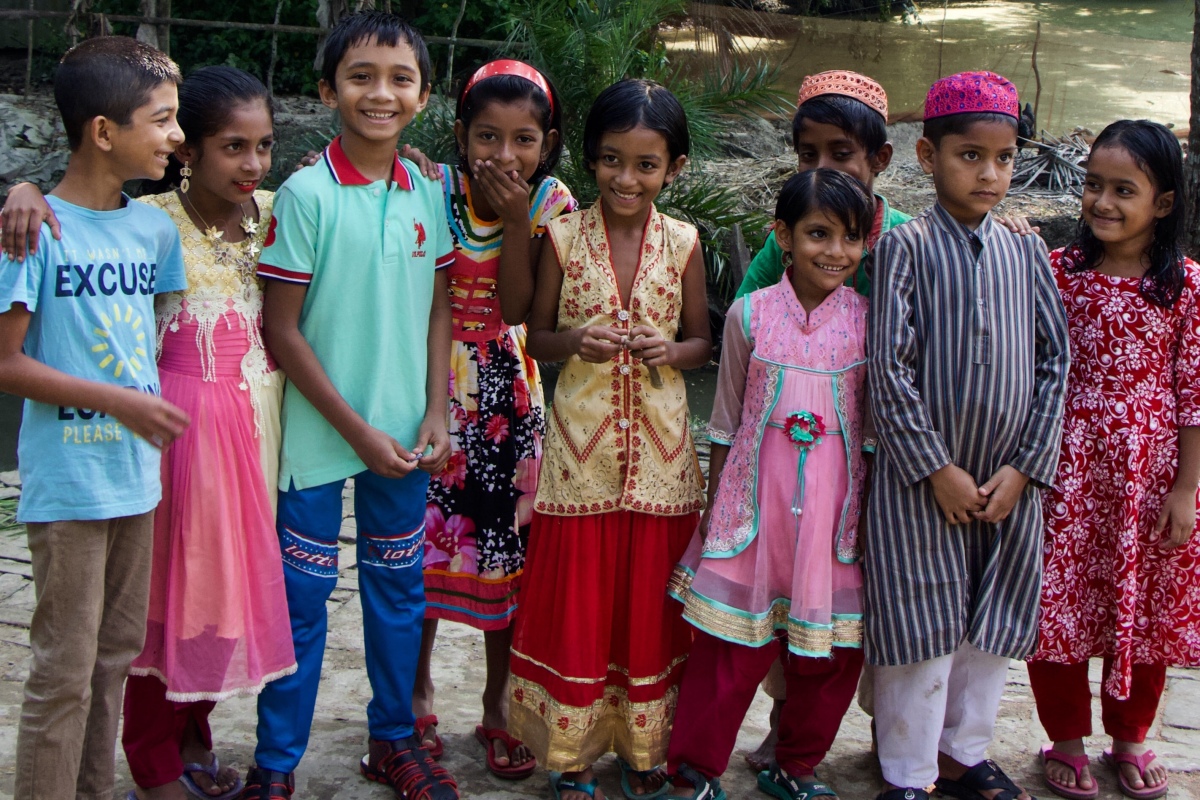 Bangladesh is crowded. It has 166 million people- the population of Russia- squeezed into a country the area of Florida. And 18 million of those people live in Dhaka, the capital city. Or, put another way, the city has 33,000 people per square kilometer.

Luckily, we arrived on a Friday, so traffic was a little lighter than on other days of the week- but still noisy, chaotic, and haphazard. The amount of honking in this country is unbelievable! Dhaka features over 600,000 bicycle rickshaws, plus tuk tuks, motorbikes, cars, and buses on its roads. And that’s not even mentioning the boats on all the waterways.

Realizing that there was no possible way we’d make it around town on our own, we booked a day tour to see the sights of Old Dhaka, and visited the Parliament Building (designed by American architect Louis Khan), the old Nizwa Palace of the kings, Lalbagh Fort (1678), a Hindu temple, a mosque, and an Armenian Church built in 1781. Bangladesh has a very interesting history, first as part of India, later colonized by the British, and later partitioned off as East Pakistan, from whom they gained independence in 1971.

Although colorful and fun to photograph, Dhaka is not an easy city for tourists, especially women. I was stared at constantly and many (so many!) of the braver Bangladeshis asked for photos with me or with Chris. We decided to head out of town to quieter parts- and less pollution. Dhaka has a constant haze around it from all the pollution- we never saw blue skies the whole time we were there.

Chatting online with Deshguri, a great local travel company, we managed to procure tickets on one of the “rocket steamer” boats, gifts from the British colonial period over a hundred years ago. We boarded the old wooden boat at 6 pm, and were led past hundreds of Bangladeshis camped out on the cargo deck, up to the second deck, which doubles as simple second class berths and “VIP” first class berths and dining room. Our twin room had a balcony leading out to the bow of the ship, where after dinner and in the morning, we could sit and watch the countryside of Bangladesh float by.

At breakfast, we met a Norwegian on break from working with the Rohingya refugees, and he kindly invited us to join him on his day tour. We disembarked at the tiny village of Hularhat, and his guide drove us to Bagarhat. There we could visit several 15th century mosques built by the Moghuls, as well as a 400 year-old Hindu temple.

Our day tour ended in the city of Khulna, near Sunderband National Park- the largest mangrove forest in the world. Unfortunately, we already had return tickets for the next night’s boat, so we didn’t have time for a 2-day trip down into the park. We will visit the 10,000 sq km preserve from the India side next week (sorry Bangladesh, but you make booking tours practically impossible!). We took a bus east to Borisal, where our boat bound for Dhaka departed from. This one was a shinier, more modern boat, made up of single, double, and triple berths. We fell asleep and woke up in the capital city.

From Dhaka, we took a train down the eastern coastline of Bangladesh to Chittagong. Once away from the crowded and noisy capital city, the green rice fields and watery shrimp farms alternated in the countryside, punctuated here and there by a colorful vegetable market at a crossroads. And, unfortunately, trash. Like Nepal, Bangladesh has a serious trash problem, although they are instituting steps such as banning plastic bags at retail and grocery stores. The manufacture and sale of jute cloth products is a thriving business for Bangladesh. But even on the boat and the train, trash was disposed of by tossing it out the window- by the cabin stewards themselves.

In Chittagong we had one of those days that makes me want to give up on travel altogether (just temporarily though really!) so we decided to not take a bus another four hours further south to Cox’s Bazaar (after reading reviews featuring statements like “most rubbish-strewn beach I’ve ever visited” and “no bathing suits or shorts allowed” and “if you (a foreign tourist) go, the main attraction at the beach that day will be you”). Although it is supposed to be the longest sand-beach in the world, we decided to skip it. Instead we stayed home, and the next day we visited the Zia War Memorial. While giving almost no information about the War of Liberation from Pakistan, it does feature dozens of photographs and artifacts of President Ziaur Rahman, including the soap he was using the night he was assassinated in Chittagong.

And that was basically our time in Bangladesh. All in all, I found it a difficult country to maneuver around in, but still am glad we came. While we were here we also applied for and got our sixty day visa to India, so we head there next, and I’m definitely looking forward to that.

Price per day: Around $110 a day for two people for eight days